A Twitter user, claiming to be a 14 year old girl from Rotterdam, has a very nervous time ahead of her after sending a threatening message to the account of a major airline.

Posting under the name “Sarah” and username @QueenDemetriax_, the profile (which has been active since March 2013) contained mainly references to pop sensation Demi Lovato, before it took a dramatic turn yesterday and made the following tweet to the account for American Airlines: 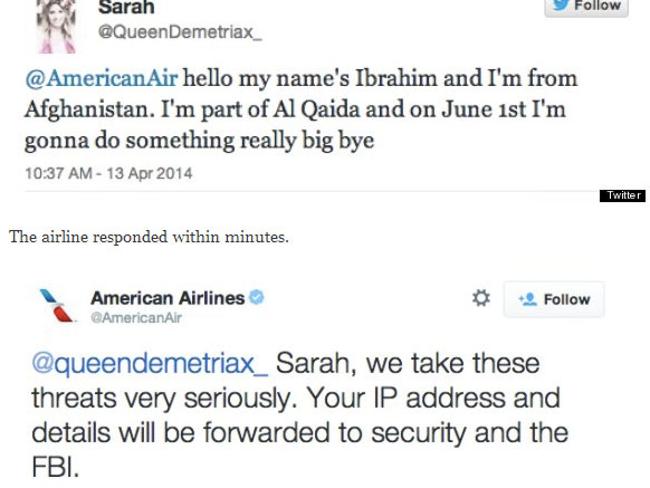 What followed was a serious of tweets from “Sarah” apologizing and pleading for forgiveness:

The response from American Airlines claiming to have her “IP address” and “details” has since been deleted as it unlikely they would have been able to obtain this information so quickly.  Whilst various information can be immediately gleaned from the account, only law enforcement can request the specifics of the Twitter account such as the IP address and the details of the account which were given when it was created.