If you’re using webcam to interact with people online then firstly, great stuff! You’re certainly keeping up with modern day technology.  Webcam allows families and friends who are separated by timezones and thousands of kilometers to look each other in the eyes as if there was no distance between them, with little to no interference.  With such an incredible tool available, of course it wasn’t long before the scammers found a way to add it to their arsenal of tools to gain your trust with. 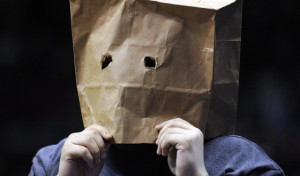 Just like anything you do on the Internet, you can never truly know how anonymous you are online.  Throughout the time you spend interacting with someone via webcam, the individual you are speaking to could have recording software which was recording your interaction with them. Software such as Camstudio is easily downloadable (and free!) from the Internet which allows you to record exactly what is playing on your computer screen at any given time.  Once they have recorded your interaction, this same software can be used to edit your video conversation….leaving you exposed to a recorded and edited version of yourself which can easily be distributed online by video sharing sites such as Youtube.

So why would someone want to record your conversation with them?

A recent client of mine was a self-confessed “sugardaddy”.  As a twice-divorced-now-single man in his 60′s, he was also a successful businessman with an impeccable reputation and a bottomless ban

k account.  Although he loved his job and had no intention of spending his days on the golf course just yet, he also spent a significant amount of time travelling.  Never one to sit at a hotel restaurant and eat dinner on his own while reading a book, my client preferred to meet with younger woman through dedicated “arrangement” websites.  He would of course pay for dinner and drinks, and if the opportunity arose where they particularly enjoyed each others company then he would also ensure he paid for her taxi in the morning.

On one occasion however, a young attractive woman contacted him on the same site.  Although apologetic she lived in another country outside of his usual restrictions, they began an online friendship which developed initially through instant messaging and eventually led to her sending a series of intimate pictures of herself.  She then asked him to return the favour by way of a webcam conversation. During the webcam video, my client never spoke with his female companion, rather – she appeared on video with loud music playing and began dancing, encouraging him to do so while undressing at the same time.  Twenty minutes later my client had danced to a state of undress and had also performed several personal acts which was believed to have been a mutual act carried out on camera.

See where I’m going with this?  Scammers also use this technique to threaten you with the release of the video unless a significant and ongoing amount is sent to them via Western Union.

Scammers love stealing your identity.  If you have an open Facebook profile…they’ll steal all your pictures and create a new Facebook account under a different name, recreating your albums and further making individual profiles for each of your family members pictured in the photos (who you spent last Xmas with and posted all your photos in the album “Xmas 2011 at Mums house, Port Arlington”).    The same theory applies when speaking on webcam, they encourage you to ask a series of questions, you answer their questions with a series of everyday responses……and they record it.  This can easily be re-edited to be replayed to another individual under the guise of their new profile…which in this case is your stolen identity.

Of course, if their next victim asks a question outside of the planned ‘script’ of responses, then they simply pause the video and fake bad reception.  Suddenly they experience camera problems and you go back to instant messaging as a form of communication.  But then, you’ve seen them on video now so they must be real….aren’t they?

Tips to avoid being a victim on webcam: