Skip to content
Home » Latest News » Cyberbullying: Different types and what to look out for 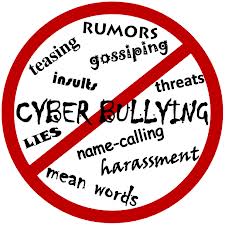 Online private investigators outline the different types of cyberbullying and what to look out for:

Digital Pile On (aka bullying in numbers):Typically seen on social networking pages or chat forums, this tactic involves the use of a ‘ringleader’ bully who solicits other individuals online to join in on the bullying.  This scenario typically escalates when the online audience provide the bully encouragement and support to belittle the target.

There are a number of participants in a digital pile on, and these are best described by the Olvweus Bullying Prevention Program as:

Supporters/passive bullies: support the bullying, but don’t take an active part in the incident

Passive supporters: agree with the bullying, but don’t take any active part in supporting the incident

Disengaged onlookers: agree with the buying, but don’t take any active part in supporting the incident

Possible defenders: don’t like the bullying but don’t go so far as to actually defend the target

Defenders of the target: take a stand to defend the target

Example: A defamatory post is made about you on Facebook and other people join in on the conversation.

One of the most common cases investigated by online private eyes, this involves the creation of a fake social networking profile or account designed to deceive other into believing it a genuine account operated by the target.  The fake profile is used to make false and defamatory comments and appear as if the real target is providing this incriminating information.

Example: A fake Facebook account is created using your name and image and is being used to spread malicious statements which can be viewed by your friends and family.

Similar to a digital pile, this bullying is conducted en masse but at a dedicated location, such as a Facebook page bearing the name and image of the target.  Followers of the page are encouraged to post denigrating information, misinformation and lies directed at the target.

Example: A group of people have been sending anonymous messages which are hurtful to your Tumblr account or mobile phone.  A Facebook page has been created in your name encouraging people to leave defamatory comments about you.

Highlighted on our previous blog “Smash or Pass“, this method of cyberbullying occurs on “rating” pages where users rate the attractiveness of other users pictures.  In this instance the target can either upload a photograph of themselves or alternatively the bully can upload an unflattering picture of the target without their knowledge.  Once uploaded, the bully and other followers  (known as “downraters”) post discriminatory and negative comments for the purpose of entertainment and/or revenge.

Example: An unflattering photograph has been uploaded to a “Smash or Pass” page without your knowledge and people are posting nasty messages about you.

Sexting is the act of sending sexually explicit messages or photographs primarily via the use of mobile phones.  A nude or sexually explicit photograph is sent initially by the target to another individual such as a romantic partner.  The recipient of the photograph becomes the bully when they choose to forward the image to other individual/s or posts it online.  Unfortunately there have also been cases of either the target or the recipients phone being compromised (by others individuals finding or hijacking it) and forwarding the photograph/s without the knowledge of the owner.

Example: After a relationship turns sour, your ex partner posts a sexy picture you sent them on their social networking site.

More commonly known as the “Youtube bullies”, this method of cyberbullying involves videotaping a target in a potentially embarrassing or vulnerable position then uploading it to a video sharing site without the knowledge or permission of the target.

Example: After being harrassed by a bully at school, you find a video of the encounter posted on Youtube and shared amongst school colleagues.